Drugreporter’s new movie, filmed at the the 2nd European Harm Reduction Conference in Basel, Switzerland, gives you an insight into the key issues surrounding harm reduction in Europe

The turn of the century marked the start of a new, progressive era, in which harm reduction gained legitimacy, and programs were being expanded all over the region. Unfortunately, the global financial crisis had devastating consequences for harm reduction programs in Europe. Pragmatic, non-judgmental social and health services often fell victim to financial austerity measures or rising political populism. The booming market in new psychoactive drugs, the Hepatitis C epidemic, and the rising median age of the injecting drug user population, all pose many new challenges for service providers. In the Eastern part of Europe, where most programs have been funded by international donors, the Global Fund's decision to reduce its financial support has endangered the sustainability of newly-established harm reduction services. National governments do not seem to care, or (worse) have embraced the new wave of abstinence-only, zero-tolerance ideology. In some countries, such as Hungary and Bulgaria, this ideology fuels the criminalisation of drug users and leads, in turn, to more restrictive drug laws. The rise of Russian imperalism poses a clear and present danger for harm reduction in all countries bordering the EU. A good example is the Crimea, where the Russian occupiers have shut down opiate substitution programs, causing more than 800 clients to lose their right to survival. 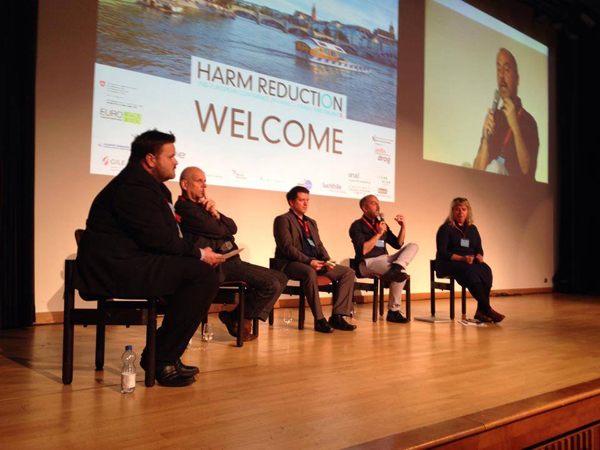 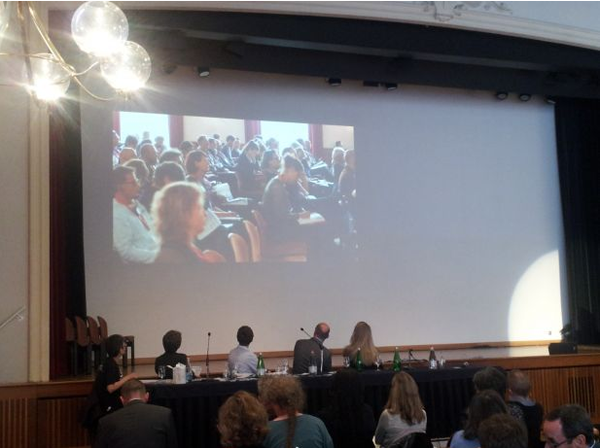 Our video is screened at the closing session of the conference (photo: EuroHRN)

Convening the European Harm Reduction Conference in Switzerland, in these dark times, was like convening a peace conference in a neutral country during a war: Switzerland is still one of the epicentres of harm reduction, and Basel proudly claims to be the first city in the country to have adopted harm reduction as a philosophy and practice. It is the home of innovative services like supervised injection sites and heroin maintenance programs, proven to be effective in reducing deaths, disease and crime. In spite of recent setbacks, when all's said and done, the harm reduction side does possess one massive advantage: it works. In the longer run, zero-tolerance policies are doomed to failure.

Bunny and Wolf: An Animated Guide to Prevent Overdose Deaths

Opioid overdose continues to be a top killer of young people all over the world. In some countries, drug overdose deaths now outnumber those attributable to firearms, homicides or HIV/AIDS. Few people realise that most of these deaths are easily preventable with the right information, and an inexpensive antidote, Naloxone, which can reverse overdoses.

The Drugreporter was the official filmmaker of the International Drug Policy Reform Conference 2013 in Denver, Colorado. Watch our movies produced at this great event! First part with videos from the opening and closing sessions.