The HCLU organised a video training in May 2012 to teach 14 harm reduction and drug policy activists how to use video in activism. Now we have selected some of the movies they have made.

When we prepared for our largest training to date, we had one serious concern: What if we do our best, teach the trainees how they can film, edit and distribute movies, even give them cameras, but at the end they don't use these skills? I have to say we were relieved and happy, when new movies made by the 2012 HCLU VAT trainees started to come in. Many of these are only in Russian or other foreign languages, but still we decided to show them. 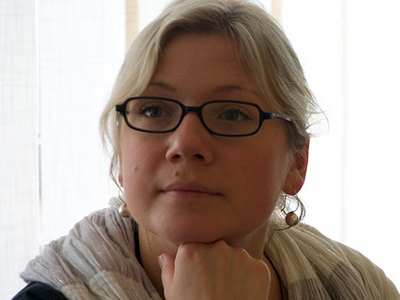 Fortunately one of the best is subtitled to English. This movie is about rapid HIV testing in the Leningrad region titled "Discover your HIV status, be sure!" It was made by Natalia Utrovskaya, Mass media Officer of the E.V.A. (Equity.Verity.Advocacy.) network. E.V.A is "the first Russian network of women affected by HIV and other socially significant diseases." The Leningrad region is one of the fastest growing areas in terms of the spread of the HIV epidemic in Russia. Anonymous and accurate rapid HIV testing in a van was carried out in the Vyborg district of the Leningrad region.
This project is a very important resource for drug users in the Leningrad region, as they didn't have any documents and didn't previously know that they had free access to ARV therapy. Letting drug users know their status is very important in HIV prevention work. Through the video they can become informed about the services available to them. Many more videos of the E.V.A network can be viewed here. 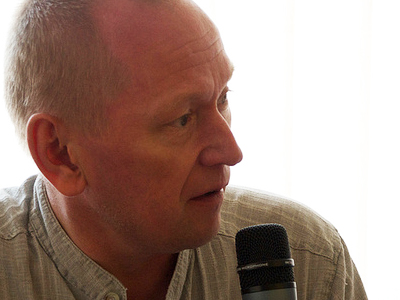 Natalia also worked together with Aleksandr Ezdakov, from the “Patients in Control” movement which aims to exert pressure on decision-makers in the field of access to medicines for HIV-positive people. They made a movie titled "HIV and Tuberculosis" and the project was very successful. It is only available in Russian language so far. Aleksandr has made movies on his own, one for journalists about how to write about HIV, and another one about the importance of receiving Antiretroviral therapy (ART).

Ivan Varentsov, from the Eurasian Harm Reduction Network (EHRN) produced eleven short messages at the AIDS HUB meeting in Kiev. People who use drugs, and sex workers, could not attend the AIDS 2012 conference in Washington if they declared their status, because due to a still-remaining travel restriction, people belonging to these two groups can not enter the "Land of the Free". Drug user activists who gathered at the meeting sent their messages to the conference in video instead. These messages were played on several occasions, often by Michel Kazatchkine, former head of the Global Fund to Fight AIDS, Tuberculosis and Malaria, now the UN Secretary General’s Special Envoy on HIV/AIDS in Eastern Europe and Central Asia. The eleven videos can be viewed here.
We produced one together, that you can watch here: 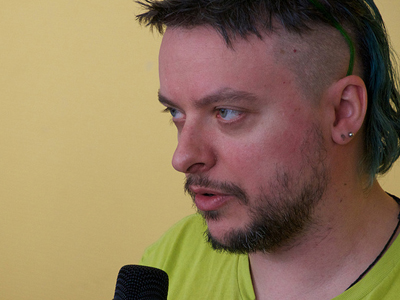 Alexander Delphinov is a poet and activist, who makes videos for the Andrey Rylkof Foundation (ARF) in Russia. The ARF is the only NGO that provides clean needles for drug users in Moscow. (You can watch our movie about them, entitled “Giving Hope” here) Sasha produced several short drug policy related movies in Russian, that you can find on ARF's Vimeo channel. He often uses songs and poems in his works, that you can see for example here, when they rap about police in Russia:
And a video message by Alexander with Michel Kazatchkine

There are many works still in progress. Paata Sabelashvili, Programmes Manager at Georgian Harm Reduction Network is working on Hep C and Overdose campaigns. Yuliya Georgieva, from the Bulgarian Initiative for Health Foundation (watch our movie about them, entitled "Life saving pioneer work in Bulgaria" here) is working on Bulgarian drug policy issues, and Jovana Arsenijevic, Executive Director of the Serbian Re Generation, which works mainly with young drug and alcohol users, is still working on several movies, that we are very much looking forward to seeing! When we get more movies to come, we will publish them here on our website!

The Drugreporter was the official filmmaker of the International Drug Policy Reform Conference 2013 in Denver, Colorado. Watch our movies produced at this great event! First part with videos from the opening and closing sessions.

A short video interview with Jean-Paul Grund on the drug 'Krokodil.' The interview was made on the occasion of a new and freely downloadable study, published in the International Journal on Drug Policy.

“He even kicked the bike”

We have presented similar stories on our blog many times. So it was not a one-time occurence, that’s for sure. At least not in Heves or Borsod county. What we’re talking about here, is that some policemen take pleasure in fining very poor people, who are mostly Romas, for breaking bicycle rules, all the time. Who they fine and how much they fine them for depends on the policeman’s discrimination and mood, rather than the bicycle laws. The man in this video lives in Eger.