2014. január 09., csütörtök
Central Eastern European Countries – including Hungary – are obligated to close their segregating institutions for people with disabilities. Despite the fact that the European Union finances the reform, most of the countries spend the funds exactly in the opposite manner: enlarging and renovating the existing institutions.
In Europe, there are currently more than 1,2 million people living with disabilities, who are being forced to live in large-scale institutions. These institutions segregate them from society and make them susceptible to several forms of violence and neglect. Closing institutions and supporting former residents moving into communities is one of the most pressing goals of social policy at the national, as well the European level. Following the West-East slope, an increasing number of institutions can be found, and the European Union has been supporting its new member states through Structural Funds in closing the institutions and promoting community based settings for the former residents.
It has been reported that in the first programming period (2007-2013), several countries have spent huge amounts of funding for renovating or enlarging existing institutions instead of closing them. Strongest criticism occurred over Romania, Bulgaria, Latvia, Lithuania and Slovakia. These countries spent nearly all funding exactly on the opposite, and have established new institutions.
Hungary differs from the above mentioned countries, as it could be characterized by a Janus-faced policy. Hungary has started an extensive program on deinstitutionalization. In the framework of the Social Infrastructure Operative Program, 6 institutions for disabled will have been closed by 2015 and supported living arrangement will have been opened by then. However, the minority of the new living arrangements are mini-institutions: the so-called living centers house up to 50 beds and are not in line with the principle of supported living and will force people to live in overcrowded and inhumane circumstances. Nevertheless, it must be welcomed that a significant amount of money – ca. €19 million – will be used for establishing supported-living arrangements.
On the other hand, Hungary has been spending money for renovating existing institutions. Several institutions were renovated, enlarged or modernized with new heating systems. According to the information collected by the HCLU, at least €2.5 million were spent on renovating or enlarging existing institutions with more than 50 beds. 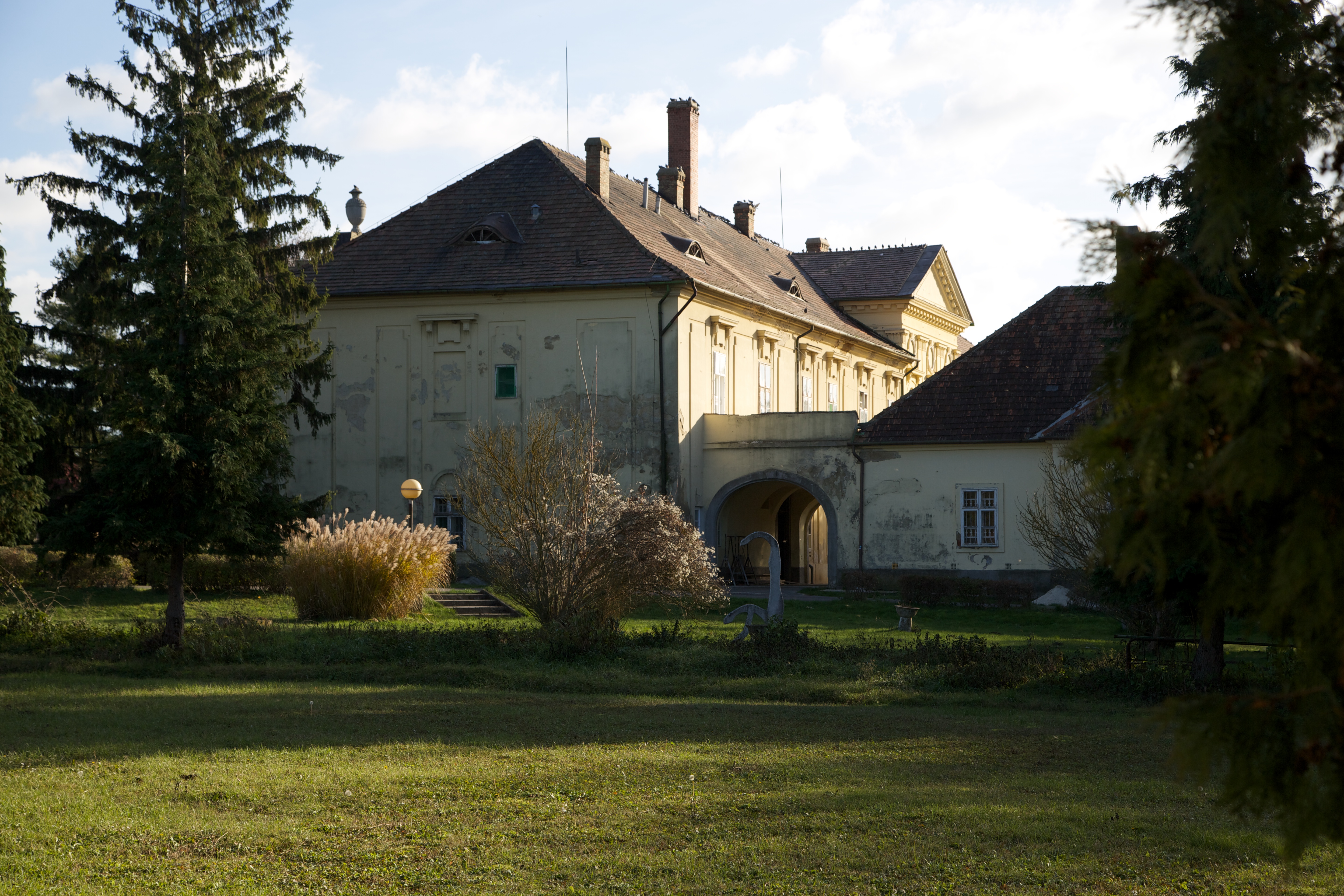 Hospital and Social Care Home for People with Mental Health Problem in Símaság
One of the investments is currently in progress: the psychiatric institution in Símaság houses more than 100 residents. The institution has received €550.000 for renovation. Despite the investment brakes, the basic principles of the Hungarian, as well the European regulation on Structural Funds, it is in line with the written rules because half of the institution qualifies as a hospital belonging to the health care system. Since only the smaller part of the building is considered a social care home for less than 50 residents, the institution could receive support from the Structural Funds for renovation. 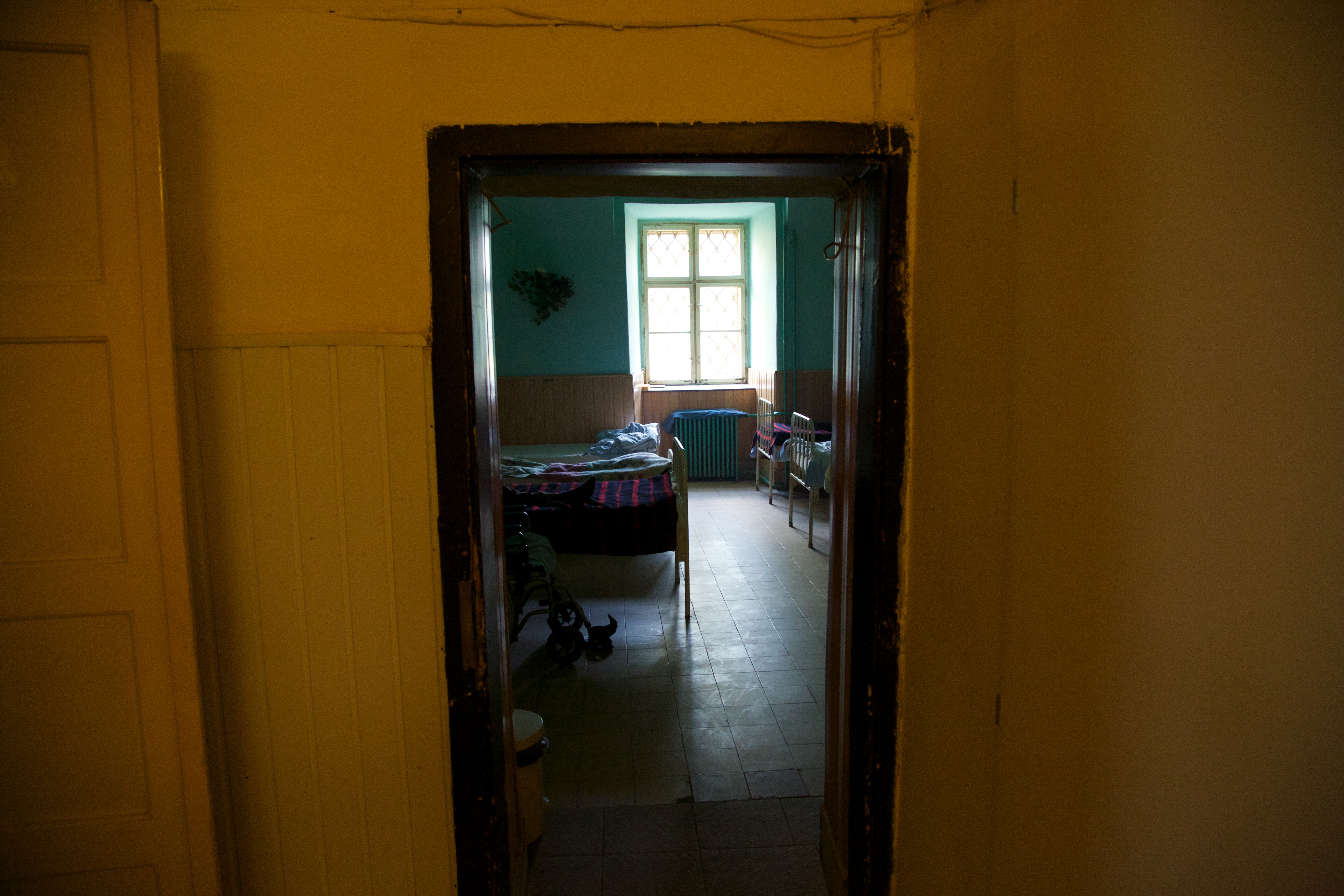 Inside of the institution in Símaság
At the moment, the Hungarian government is working on the drafting documents for the new programming period (2014-2020). The HCLU submitted its concerns and recommendations to the Hungarian authorities.
The HCLU calls attention to the need of stopping investments in existing large-scale institutions. Moreover, the HCLU considers it necessary to prohibit all forms of renovation – including renovation of group homes – using Structural Funds. The original goal of the relevant resources from Structural Funds is replace old-fashioned segregating housing services, closing institutions and promoting supported living arrangements.
The HCLU advises the government to reconsider the concept of supported living in the Hungarian Social Law. According to the current legislation, supported living covers three different forms of living services: (1) flat or house up to 6 residents; (2) group home up to 7-12 residents and (3) living center up to 50 residents. The HCLU welcomes that in the recent project the government decided to reduce the number of people living together in living centers, but believes further steps are necessary. The HCLU calls attention to the fact that the concept of living centers is contrary to the original principle of supported living and should be removed from the law.

Soon, 600 people with disabilities will leave 6 institutions. This is a great step. The EU has granted money for this purpose and Hungary, in spite of a thousand mistakes, has utilised it well. Research report from HCLU.

The aim of the present research is to privode information and expand knowledge of advocacy work in the 2014-2020 programming period in regards to the EU and teh Hungarian government.